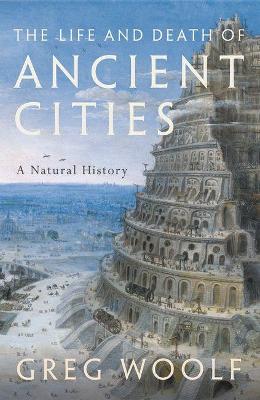 Suurem pilt
Teised raamatud teemal:
Püsilink: https://www.kriso.ee/db/9780199664733.html
Märksõnad:
The human race is on a 10,000 year urban adventure. Our ancestors wandered the planet or lived scattered in villages, yet by the end of this century almost all of us will live in cities. But that journey has not been a smooth one and urban civilizations have risen and fallen many times in history. The ruins of many of them still enchant us.

This book tells the story of the rise and fall of ancient cities from the end of the Bronze Age to the beginning of the Middle Ages. It is a tale of war and politics, pestilence and famine, triumph and tragedy, by turns both fabulous and squalid. Its focus is on the ancient Mediterranean: Greeks and Romans at the centre, but Phoenicians and Etruscans, Persians, Gauls, and Egyptians all play a part. The story begins with the Greek discovery of much more ancient urban civilizations in Egypt and the Near East, and charts the gradual spread of urbanism to the Atlantic and then the North Sea in the centuries that followed.

The ancient Mediterranean, where our story begins, was a harsh environment for urbanism. So how were cities first created, and then sustained for so long, in these apparently unpromising surroundings? How did they feed themselves, where did they find water and building materials, and what did they do with their waste and their dead? Why, in the end, did their rulers give up on them? And what it was like to inhabit urban worlds so unlike our own - cities plunged into darkness every night, cities dominated by the temples of the gods, cities of farmers, cities of slaves, cities of soldiers.

Ultimately, the chief characters in the story are the cities themselves. Athens and Sparta, Persepolis and Carthage, Rome and Alexandria: cities that formed great families. Their story encompasses the history of the generations of people who built and inhabited them, whose short lives left behind monuments that have inspired city builders ever since - and whose ruins stand as stark reminders to the 21st century of the perils as well as the potential rewards of an urban existence.
Näita rohkemNäita vähem
Foreword 1: Our Urban Adventure 2: Urban Apes 3: Settling Down 4: Uruk 5: First Cities 6: Cities of Bronze 7: Palaces and Citadels 8: Mariners and Chieftains 9: Western Pioneers 10: A Greek Lake 11: Networking the Mediterranean 12: Cities, States and Kings 13: Imperial Cities 14: Cities of Marble 15: Founding Cities in an age of empire 16: Ruling through Cities 17: The Ecology of Roman Urbanism 18: The Ecology of Roman Urbanism 19: Post-classical 20: What comes naturally
Greg Woolf has been Professor of Classics and Director of the Institute of Classical Studies since January 2015 before which he was Professor of Ancient History at the University of St Andrews (since 1998) and held fellowships at various Cambridge and Oxford Colleges. He has degrees from both Oxford and Cambridge, is a Fellow of the British Academy, of the Society of Antiquaries of Scotland, of the Society of Antiquaries of London and of the Max Weber College, Erfurt and he is a member of the Academia Europaea. He has held visiting appointments in Brasil, France, Germany, Italy and Spain and lectured around the world. He has published on Roman imperialism, on ancient literacy, on libraries, encyclopaedias and ancient ethnography and more recently on religious history and the archaeology of the Roman world.
Näita rohkemNäita vähem