Season: A Social History of the Debutante [Kõva köide] 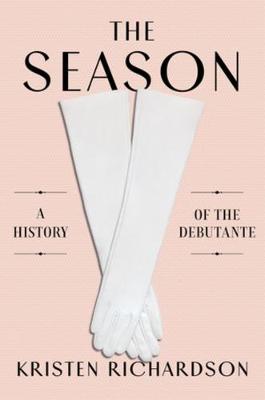 Suurem pilt
Teised raamatud teemal:
Püsilink: https://www.kriso.ee/db/9780393608731.html
"The world of debutantes opens into a revealing story of women across six centuries, their limited options, and their desires. Digging into the roots of the debutante ritual, with its ballrooms and white dresses, Kristen Richardson- herself descended from a line of debutantes- was fascinated to discover that the debutante ritual places our contemporary ideas about women and marriage in a new light. In this brilliant history of the phenomenon, Richardson shares debutantes' own words-from diaries, letters,and interviews-throughout her vivid telling, beginning in Henry VIII's era, sweeping through Queen Elizabeth I's court, crossing back and forth the Atlantic to colonial Philadelphia, African American communities, Jane Austen's England, and Mrs. Astor's parties, ultimately arriving at the contemporary New York Infirmary and International balls. Whether maligned for its archaic attitude and objectification of women or praised for raising money for charities and providing a necessary coming- of- age ritual,the debutante tradition has more to tell us in this entertaining and illuminating book"--

A history of the debutante ritual and its role in contemporary traditions chronicles how the exclusive presentations of husband-seeking noblewomen in the Tudor era expanded into London’s courtship seasons and beyond. Illustrations. Tour.

In this enthralling history of the debutante ritual, Kristen Richardson sheds new light on contemporary ideas about women and marriage.

Kristen Richardson, from a family of debutantes, chose not to debut. But as her curiosity drove her to research this enduring custom, she learned that it, and debutantes, are not as simple as they seem.The story begins in England six hundred years ago when wealthy fathers needed an efficient way to find appropriate husbands for their daughters. Elizabeth I’s exclusive presentations at her court expanded into London’s full season of dances, dinners, and courting, extending eventually to the many corners of the British empire and beyond.Richardson traces the social seasons of young women on both sides of the Atlantic, from Georgian England to colonial Philadelphia, from the Antebellum South and Wharton’s New York back to England, where debutante daughters of Gilded Age millionaires sought to marry British aristocrats. She delves into Jazz Age debuts, carnival balls in the American South, and the reimagined ritual of elite African American communities, which offers both social polish and academic scholarships.The SeasonWhile exploring why the debutante tradition persists—and why it has spread to Russia, China, and other nations—Richardson has uncovered its extensive cultural influence on the lives of daughters in Britain and the US and how they have come to marry.
Näita rohkemNäita vähem