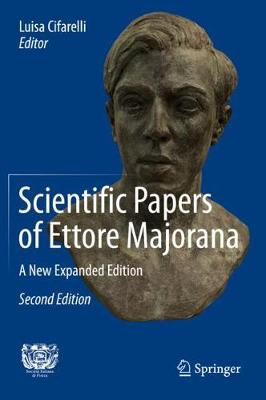 Suurem pilt
Teised raamatud teemal:
Püsilink: https://www.kriso.ee/db/9783030235086.html
The volume presents in chronological order English translations of 10 papers by Ettore Majorana, most of which have never been translated into English before. Two further contributions are also included: a talk on the Thomas-Fermi Method that Majorana gave at the General Meeting of the Italian Physical Society when he was still a student, and not included in his publication list to date. The other is "Notes for the Inaugural Lecture" of the Majorana Course at the University of Naples.
Each paper is accompanied by the comments of an expert in the respective field.
The volume will be of interest to the specialists in the History of Science, as well as to physicists concerned with problems related to Majorana’s contributions.