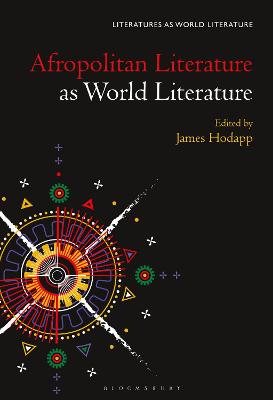 Suurem pilt
Teised raamatud teemal:
Püsilink: https://www.kriso.ee/db/9781501342585.html
Märksõnad:
"Explores the disparate creative works that are characterized as "Afropolitan literature," contextualizing them within the fundamental questions of world literature, such as translation, circulation, and cultural specificity while also examining Afropolitan ideology itself as a new African way of seeing and being."--

African literature has never been more visible than it is today. Whereas Chinua Achebe, Wole Soyinka, and Ngugi wa Thiong'o defined a golden generation of African writers in the 20th century, a new generation of “Afropolitan” writers including Chimamanda Adichie, Teju Cole, Taiye Selasi, and NoViolet Bulawayo have taken the world by storm by snatching up prestigious awards and selling millions of copies of their works.

But what is the new, increasingly fashionable and marketable, Afropolitan vision of Africa's place in the world that they offer? How does it differ from that of previous generations? Why do some dissent? Afropolitanism refuses to reinforce images of Africa in world media as merely poor, war-torn, diseased, and constantly falling into chaos. By complicating the image of Africa as a hapless victim, Afropolitanism focuses on the wide-ranging influence Africa has on the world. However, some have characterized this kind of writing as light, populist fare that panders to Western audiences.

Afropolitan Literature as World Literature examines the controversy surrounding Afropolitan literature in light of the unprecedented circulation of culture made possible by globalization, and ultimately argues for expanding its geographic and temporal boundaries.

Afropolitan Literature as World Literature brings together a series of essays that inscribe and extend the contested concept of Afropolitanism and the emerging disciplinary formation known as World Literature. By putting these discourses in conversation and identifying convergences and divergences, this book challenges us to think beyond the limits and limitations of the current critical axioms that have taken the foreground. James Hodapp's book opens a discursive space for critical thought and reflexivity on the worldliness of literary Afropolitanism. * Harry Garuba, Professor of English and African Studies, University of Cape Town, South Africa * This collection of essays makes a valuable contribution to the discourse of Afropolitanism. Neither dismissive nor harshly critical of the term, the essays by established and younger scholars critically expand the notion of Afropolitanism to include different genres and spaces in the West and on the African continent. The essays argue for a more nuanced appreciation of the term and show how it can be useful to understand what an Afropolitan text might be beyond the usual novels and writers labeled as such. Individual essays introduce us to texts not readily in circulation in the West and in doing so help the reader understand the relationship between Afropolitan and world literature. * Sangeeta Ray, Professor of English and Comparative Literature, University of Maryland, USA *