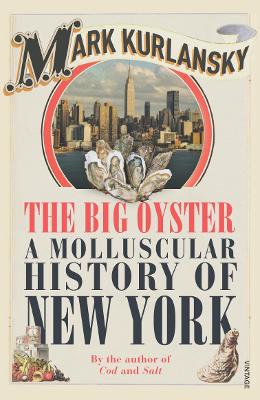 Suurem pilt
Teised raamatud teemal:
Püsilink: https://www.kriso.ee/db/9780099477594.html
When Peter Minuit bought Manhattan for $24 in 1626 he showed his shrewdness by also buying the oyster beds off tiny, nearby Oyster Island, renamed Ellis Island in 1770. From the Minuit purchase until pollution finally destroyed the beds in the 1920s, New York was a city known for its oysters, especially in the late 1800s, when Europe and America enjoyed a decades-long oyster craze. In a dubious endorsement, William Makepeace Thackeray said that eating a New York oyster was like eating a baby. Travellers to New York were also keen to experience the famous New York oyster houses. While some were known for their elegance, due to a longstanding belief in the aphrodisiac quality of oysters, they were often associated with prostitution. In 1842, when the novelist Charles Dickens arrived in New York, he could not conceal his eagerness to find and experience the fabled oyster cellars of New York City's slums. The Big Oyster is the story of a city and of an international trade.Filled with cultural, social and culinary insight - as well as recipes, maps, drawings and photographs - this is history at its most engrossing, entertaining and delicious.
Näita rohkemNäita vähem

Packed with interest * Independent * Fascinating... Kurlansky's portrait of that vanished age is absolutely engrossing -- Philip Hoare * Sunday Telegraph * A unique perspective -- Killian Fox * Observer * A diligent researcher and a terrific storyteller...quirky, engrossing narrative -- Jackie McGlone * Herald * Kurlansky's great ability is to chose a single element as a prism through which to view the development or degeneration of culture; in this book he takes his readers from the 16th century to the present day, encompassing biology, commerce, the politics of race, history, literature, and, of course, gourmandise -- Erica Wagner * The Times *

From the bestselling author of Salt and Cod comes a fascinating history of New York and the oyster - its influence on four centuries of cultural, economic, and culinary trends - with recipes throughout
Mark Kurlansky is the author of Cod: a Biography of the Fish that Changed the World (winner of the Glenfiddich Award for the Best Food Book in 1997), The Basque History of the World, Salt: A World History and Choice Cuts: A Miscellany of Food Writing. He lives in New York City with his wife and daughter.
Näita rohkemNäita vähem