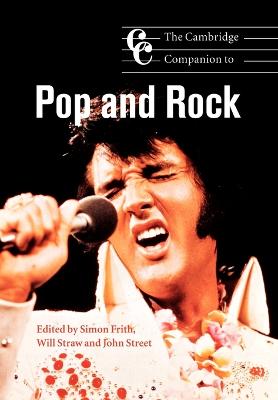 Suurem pilt
Teised raamatud teemal:
Püsilink: https://www.kriso.ee/db/9780521556606.html
Märksõnad:
This Companion maps the world of pop and rock, pinpointing the most significant moments in its history and presenting the key issues involved in understanding popular culture's most vital art form. Expert writers chart the changing patterns in the production and consumption of popular music, the emergence of a vast industry with a turnover of billions and the rise of global stars from Elvis to Public Enemy, Nirvana to the Spice Girls. They trace the way new technologies - from the amplifier to the internet - have changed the sounds and practices of pop and they analyse the way maverick entrepreneurs have given way to multimedia corporations. In particular they focus on the controversial issues concerning race and ethnicity, politics, gender and globalisation. Contains full profiles of a selection of figures from the pop and rock world.
Näita rohkemNäita vähem

'Whilst being of essential reading to the student of pop and rock it is also of interest to anyone who enjoys reading about the social history of our time.' Yorkshire Gazette 'This thought-provoking companion gives would be students a taster of what they might encounter on the several courses now available ... it is to the book's credit that it adopts an all-encompassing approach.' Music Teacher 'Suitable as an introductory-level undergraduate book and there is also sufficient novelty of approach within some of the chapters to interest graduates and researchers alike.' European Journal of Communication