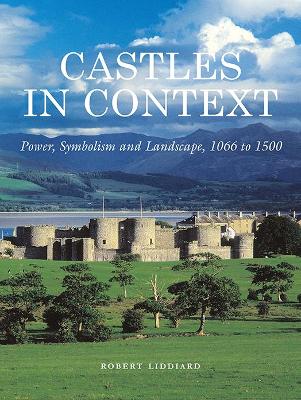 Suurem pilt
Teised raamatud teemal:
Raamatu kodulehekülg: http://www.oxbowbooks.com
Püsilink: https://www.kriso.ee/db/9780954557522.html
Märksõnad:
Castle studies have been transformed in recent years with a movement away from the traditional interpretation of castles as static military structures towards a wider view of castles as aesthetic symbols of power, with a more complicated relationship with the landscape. Supported by numerous colour photographs of the most `tangible' remains of the Middle Ages, this clearly written and very accessible study makes the most current ideas about the role of the castle available to a wider and more general readership. Robert Liddiard discusses the history of castle building before and after the Norman Conquest, considering the Norman and medieval definition of the castle, and he reassesses the military defensive capabilities of castles, demolishing the idea that they were built in response to military policy. Instead, they proved a very effective means for aristocrats to display their status. Liddiard evaluates the role of the castle in warfare and the extent to which sieges played a part in conflicts before turning his attention to the varied role of the castle in the landscape (and in the lives of those who lived in and around it) and its relationship to its environment, arguing that the aesthetic setting of many castles was not a happy accident. Throughout, the study is supported by numerous case studies which examine the archaeological, architectural and historical evidence for numerous castles.
Näita rohkemNäita vähem

There has been a strong demand for books in English on castles over the last fifteen years...Liddiards book is based firmly on the revision of traditional views. * Speculum - A Journal of Medieval Studies * It is a superb book that everyone interested in medieval archaeology should read, because it describes why castles where built and how they were used by people living in the area. It blows away the cobwebs that still surround medieval siege warfare. It's a book about the uses of power and how a large and spectacular building can attract attention over the centuries, simply by its presence. * Britain in the Middle Ages: An Archaeological History *