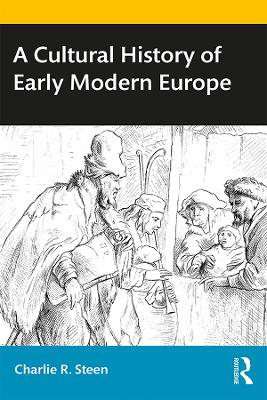 Suurem pilt
Teised raamatud teemal:
Püsilink: https://www.kriso.ee/db/9781138666849.html
Märksõnad:
A Cultural History of Early Modern Europe examines the relationships that developed in cities from the time of the late Renaissance through to the Napoleonic period, exploring culture in the broadest sense by selecting a variety of sources not commonly used in history books, such as plays, popular songs, sketches, and documents created by ordinary people.Extending from 1480 to 1820, the book traces the flourishing cultural life of key European cities and the opportunities that emerged for ordinary people to engage with new forms of creative expression, such as literature, theatre, music, and dance. Arranged chronologically, each chapter in the volume begins with an overview of the period being discussed and an introduction to the key figures. Cultural issues in political, religious, and social life are addressed in each section, providing an insight into life in the cities most important to the creative developments of the time. Throughout the book, narrative history is balanced with primary sources and illustrations allowing the reader to grasp the cultural changes of the period and their effect on public and private life. A Cultural History of Early Modern Europe is ideal for students of early modern European cultural history, and early modern Europe.
Näita rohkemNäita vähem

'A wonderful book both insightful and stimulating, demonstrating to students how to see relationships in history that they never suspected existed and leading them directly to a bibliography of the kinds of books in which they could explore these relationships.' Paul Sonnino, University of California, Santa Barbara, US

Näita rohkemNäita vähem
Charlie R. Steen is Professor of History at the University of New Mexico. He has a long interest in the cultural history of Early Modern Europe and is particularly interested in Dutch, Italian, and French history. His previous publications include Margaret of Parma: A Life (2013) and The Reign of Louis XIV, with Paul Sonnino, William Roosen, and John C. Rule, eds. (1990).
Näita rohkemNäita vähem