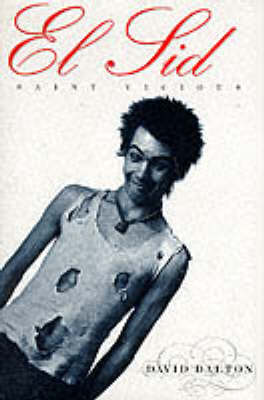 Wildly uneven but ultimately compelling, Dalton's chronicle of Sid Vicious's (ne John Simon Ritchie) years as the bassist in the Sex Pistols covers little new factual ground but offers a fresh angle on a widely misunderstood young man. Dalton's interest is in more than just telling of Sid's decline and fall. Instead, he places punk in its cultural and historical context, with the sun slowly setting on England's empire, widespread unemployment, and aimless youth like Sid wandering London's King's Road. Enter entrepreneur and lounge lizard Malcolm McClaren, who opens a boutique called Sex to cater to the jaded youths and then forms the Sex Pistols to promote his wares. Using the cerebral, charismatic, homeless Johnny Rotten (ne Lydon) as the centerpiece of his band, McClaren finds Lydon bringing his friend Sid along for the ride. The thought-driven Rotten and action-oriented Vicious give a jump-start to punk music, and the rest, as they say, is history. While Dalton (who has written biographies of Janis Joplin, Jim Morrison, and other pop cult figures) does a fine job of showing how the disparate personalities of McClaren, Lydon, and Sid played off one another, with Lydon being too smart to fall into the trap that killed Sid, the author relies throughout the book on the strange technique of presenting the bassist in, presumably, his own words in boxed quotes randomly placed throughout the text. And while Dalton tries all along to approximate the Cockney slang he supposes Sid must have spoken, a prison letter from Sid included in the book belies his conceit and his underestimation of Sid's intelligence. Still, Sid's presence in the book is ultimately what tells the story of the Sex Pistols. Let the reader be forewarned, El Sid is often obscene, violent, and disturbing, but then, so was the life of its protagonist; at least the typical glamorization of Sid Vicious is avoided. (Kirkus Reviews)