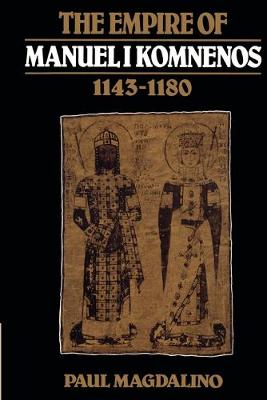 The reign of Manuel I (1143-1180) marked the high point of the revival of the Byzantine empire under the Comnenian dynasty. It was however followed by a rapid decline, leading to the sack of Constantinople by the Fourth Crusade in 1204. This book, the first devoted to Manuel's reign for over 80 years, reevaluates the emperor and his milieu in the light of recent scholarship. It shows that his foreign policy was a natural response to the Western crusading movement and the expansionism of the German emperor Frederick Barbarossa. It also shows that what he ruled was more than the impoverished rump of a once great empire, or a society whose development had been arrested by a repressive regime. The twelfth century is presented here as a distinctive, creative phase in Byzantine history, when the empire maintained existing traditions and trends while adapting to a changing world.
Näita rohkemNäita vähem

'This is a carefully constructed and richly documented account of the reign of Manuel I, who, as readers of this Bulletin will recall, was emperor at the time of Benjamin of Tudela's visit to Constantinople. While a good deal of attention is paid to political and economic affairs, religion and culture are not neglected. The book strikes an excellent balance between the personality of the emperor and the general conditions prevailing in the empire in his time, and he draws a fine portrait between the two.' Bulletin of Judaeo-Greek Studies '... well-documented and scholarly ... full of new ideas and new interpretations which will be seized upon by Western medievalists as well as Byzantinists'. D. M. Nicol, The Times Literary Supplement "...one of the most important recent publications in the field of Byzantine history....Magdalino's achievement consists not only in embarking into new territories, primarily the economic, social and intellectual spheres of human life, but in reconsidering the whole of the Byzantine twelfth century." The Patristic and Byzantine Review "This study magisterially overrules Choniates' negative verdict on Manuel's achievement, and it will enlighten all students of empire." Jonathan Shepard, International History Review

A study of twelfth-century Byzantine government, society and culture through the reign of Manuel I.
Näita rohkemNäita vähem