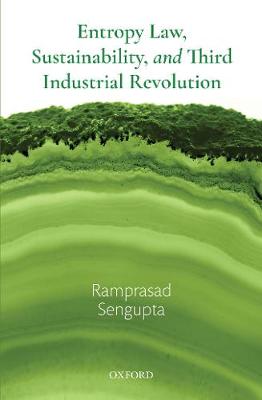 Suurem pilt
Teised raamatud teemal:
Püsilink: https://www.kriso.ee/db/9780190121143.html
Märksõnad:
In mankind's relentless quest for prosperity, Nature has suffered great damage. It has been treated as an inexhaustible reserve of resources. The indefinite scale of global expansion is still continued and now the earth's very survival is under threat. But against this exploitation of nature, there is a concept of Entropy that places a finite limit on the extent to which resources can be used in any closed system, such as our planet. Considering the impact of entropy, this book examines the key issues of sustainability-social, economic, and environmental. It discusses the social dimension of sustainability, showing how it is impacted by issues of economic inequality, poverty, and other socio-economic and infrastructural factors in the Indian context. It also highlights how Indian households suffer from clean energy poverty and points to the inequality in distribution of different fuels and of fuel cost among households. It assesses India's power sector and its potential to be a significant player in bringing the third industrial revolution in India by replacing fossil fuels to new renewables. It concludes by projecting power sector scenarios till 2041-42 achievable through alternative, realizable policy with respect to energy conservation and fuel substitution, and thus paving the way for the green power.
Näita rohkemNäita vähem

The work represents a substantial and masterful contribution to scholarship within the field of economics and sustainability, economic, social and environmental, as well as modeling, theory and empirical nature of various aspects. Its scope of work is impressive, its depth of knowledge is clear, and its ability to take the concepts from ideas to practical illustrations of analytics and empirics is superb. It makes a substantial contribution to economics by highlighting scarcity of natural resources and limit to economic growth because of the entropy law. Most conclusions are based on econometric/ statistical analysis of cross-country and inter-state Indian data. Literacy style is lucid and the chapters are well structured.