Ether Day: The Strange Tale of America's Greatest Medical Discovery and the Haunted Men Who Made it [Kõva köide] 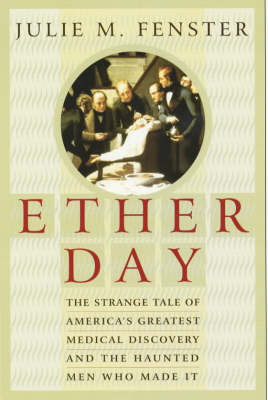 Suurem pilt
Teised raamatud teemal:
Püsilink: https://www.kriso.ee/db/9780060195236.html
Märksõnad:
When a surgeon cuts, the patient does not feel any pain. Today we take this for granted, but for generations surgery was constrained by the unbearable agony that went with it -- until three ill-fated heroes changed the course of medicine in 1846. After people had searched for a surgical painkiller for thousands of years, the first use of ether finally came about through a combination of coincidence, character, and circumstance, as a cunning Boston dentist crossed paths with an inventive colleague from Hartford and a brilliant, mentally unstable geologist. The result was Ether Day -- a watershed moment that was joyously celebrated around the world for putting an end to pain in surgery. What followed, though, was a battle so bitter, it sent all three men spiraling out of control.

In her remarkable and engrossing book, Julie M. Fenster has written a vivid history that is stranger than fiction. Ether Day is the vivid story of an American legend propelled by opportunism, glory, frustration, and tragedy.