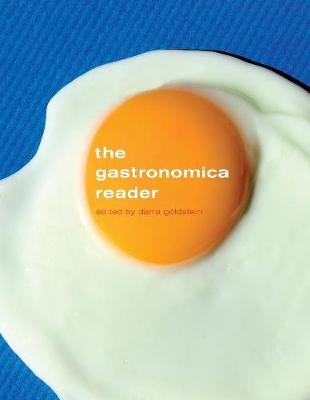 Suurem pilt
Teised raamatud teemal:
Püsilink: https://www.kriso.ee/db/9780520259393.html
Märksõnad:
Described on Saveur's Top 100 List as "At the top of our bedside reading pile since its inception in 2001," the award-winning Gastronomica: The Journal of Food and Culture is a quarterly feast of truly exceptional writing on food. Designed both to entertain and provoke, The Gastronomica Reader now offers a sumptuous sampling from the journal's pages-including essays, poetry, interviews, memoirs, and an outstanding selection of the artwork that has made Gastronomica so distinctive. In words and images, it takes us around the globe, through time, and into a dazzling array of cultures, investigating topics from early hominid cooking to Third Reich caterers to the Shiite clergy under Ayatollah Khomeini who deemed Iranian caviar fit for consumption under Islamic law. From an incisive look at Christian diet movements to an analysis of cooking shows as pornography, these challenging, engaging offerings are often unexpected. Informed throughout by a keen sense of the pleasures of eating, tasting, and sharing food, The Gastronomica Reader will inspire readers to think seriously, widely, and deeply about what goes onto their plates.

"A volume to browse and absorb." New York Times "This volume should absorb anyone with an appetite for unconventional food writing." STARRED REVIEW Publishers Weekly "It is easy to get quickly drawn in and once you do, it is difficult to put this book down." -- Andrea Rappaport San Francisco Book Review "Delights in manners ranging from the poetic to the political." Bookforum "The gloriously illustrated Gastronomica reader is a every bit as good as it looks." Times Literary Supplement (TLS)

Näita rohkemNäita vähem
Darra Goldstein is Editor-in-Chief of Gastronomica: The Journal of Food and Culture and Francis Christopher Oakley Third Century Professor of Russian at Williams College. She is the author of The Georgian Feast: The Vibrant Culture and Savory Food of the Republic of Georgia (UC Press; winner of the International Association of Culinary Professionals' 1994 Julia Child Cookbook of the Year Award), among other books.
Näita rohkemNäita vähem