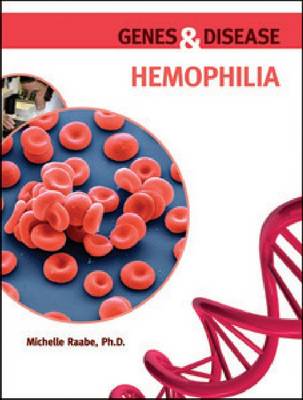 Suurem pilt
Teised raamatud teemal:
Püsilink: https://www.kriso.ee/db/9780791096482.html
Märksõnad:
Describes what scientists currently know about hemophilia and the relationship between genes and disease, touching on technologies and experimental methods that have led to this understanding.

Describes what scientists currently know, and what they hope to learn in the near future, about the relationship between genes and disease, including touching on technologies and experimental methods that have led to our current understanding.

For many people, bumping into a chair or getting a paper cut means momentary pain, followed by quick healing. But for those with hemophilia, a disease that renders its sufferers unable to clot blood effectively and control hemorrhaging after minor injuries, the healing time can be much more arduous. Resulting from mutations in genes that code for blood proteins necessary for clotting, hemophilia is an ancient, hereditary disease that usually affects males and can be classified as severe, moderate, or mild. Hemophilia, a detailed and easy-to-read guide filled with informative stories of the disease's history, strives to educate readers about the science of hemophilia, while emphasizing how people with this disease can live full and productive lives. The development and technology behind the evolution of treatments for hemophilia are also discussed.
Näita rohkemNäita vähem
Näita rohkemNäita vähem