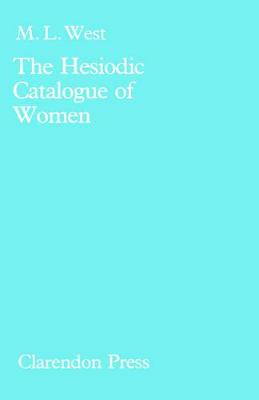 M.L. West, who has contributed much to the study of Hesiod's text, now adds a thorough study of this poem's complete fragments. West examines the literary evidence in conjunction with such broader issues as the nature of mythological geneaology and the emergence of Panhellenic consistency in myth. His detailed analysis of the fragments leads to the conclusion that the poem received final form in the sixth century at Athens....The author argues with skill and clarity. * Religious Studies Review *