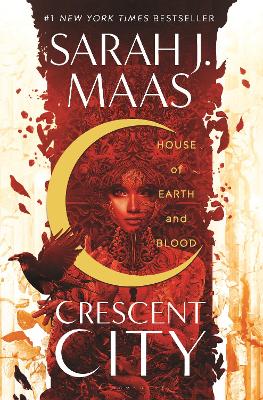 Suurem pilt
Teised raamatud teemal:
Püsilink: https://www.kriso.ee/db/9781408884416.html
**#2 Sunday Times bestseller** Perfect for fans of Jessica Jones and True Blood, this is a blockbuster modern fantasy set in a divided world where one woman must uncover the truth to seek her revenge. Half-Fae, half-human Bryce Quinlan loves her life. Every night is a party and Bryce is going to savour all the pleasures Lunathion - also known as Crescent City - has to offer. But then a brutal murder shakes the very foundations of the city, and brings Bryce's world crashing down. Two years later, Bryce still haunts the city's most notorious nightclubs - but seeking only oblivion now. Then the murderer attacks again. And when an infamous Fallen angel, Hunt Athalar, is assigned to watch her every footstep, Bryce knows she can't forget any longer. As Bryce and Hunt fight to unravel the mystery, and their own dark pasts, the threads they tug ripple through the underbelly of the city, across warring continents, and down to the deepest levels of Hel, where things that have been sleeping for millennia are beginning to stir ... With unforgettable characters and page-turning suspense, this richly inventive new fantasy series by #1 New York Times bestselling author Sarah J. Maas delves into the heartache of loss, the price of freedom - and the power of love.
Näita rohkemNäita vähem

Think Game of Thrones meets Buffy the Vampire Slayer with a drizzle of E.L. James * Telegraph * Spiced with slick plotting and atmospheric world-building ... a page-turning delight * Guardian * Sarah J. Maas does not disappoint in her first blockbuster for grown-ups ... To be devoured with relish * Daily Mail * A master class in world-building adventure. Don't miss it. * #1 NYT bestselling author Charlaine Harris * House of Earth and Blood is a gamechanger! A must read. Sarah J. Maas has set the new standard with this book * #1 NYT bestselling author J. R. Ward * Tender, funny, frustrating, hot, and satisfying * NYT bestselling author Laurell K. Hamilton * A sweeping epic packed full of romance and adventure, House of Earth and Blood is a bold, brilliant opening chapter in what promises to be a spectacular new series from Maas * Waterstones best books pick 2020 *

**#2 Sunday Times bestseller** #1 New York Times bestselling author Sarah J. Maas launches her brand-new CRESCENT CITY series with House of Earth and Blood: the story of half-Fae and half-human Bryce Quinlan as she seeks revenge in a contemporary fantasy world of magic, danger, and searing romance.
Sarah J. Maas is the #1 New York Times and internationally bestselling author of the young adult series Throne of Glass and A Court of Thorns and Roses, as well as her first adult series, Crescent City. A New York native, Sarah lives near Philadelphia with her husband, son, and dog. www.sarahjmaas.com facebook.com/theworldofsarahjmaas instagram.com/therealsjmaas
Näita rohkemNäita vähem