Jesus, Interrupted: Revealing the Hidden Contradictions in the Bible (and Why We Don't Know about Them) [Kõva köide] 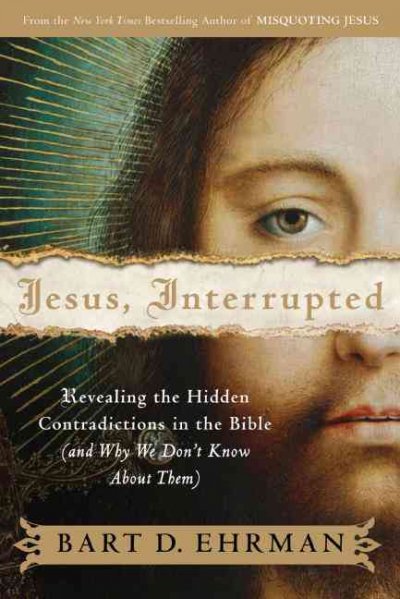 Suurem pilt
Teised raamatud teemal:
Püsilink: https://www.kriso.ee/db/9780061173936.html
Märksõnad:
Examines contradictions and discrepancies that come to light when the New Testament is studied from a historical perspective, including varying views of Jesus and salvation and forgeries in the names of the apostles.

Picking up where Bible expert Bart Ehrman's New York Times bestseller Misquoting Jesus left off, Jesus, Interrupted addresses the larger issue of what the New Testament actually teaches—and it's not what most people think. Here Ehrman reveals what scholars have unearthed:

These are not idiosyncratic perspectives of just one modern scholar. As Ehrman skillfully demonstrates, they have been the standard and widespread views of critical scholars across a full spectrum of denominations and traditions. Why is it most people have never heard such things? This is the book that pastors, educators, and anyone interested in the Bible have been waiting for—a clear and compelling account of the central challenges we face when attempting to reconstruct the life and message of Jesus.

"For both scholars and the masses who read about religion, Bart D. Ehrman needs no introduction . . . He adds the personal to the scholarly for some of his works, detailing how he went from a Moody Bible Institute-educated fundamentalist evangelical to an agnostic .--Durham Herald-Sun