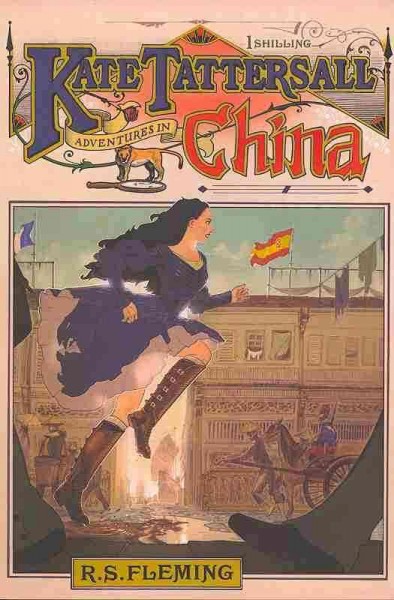 Suurem pilt
Teised raamatud teemal:
Püsilink: https://www.kriso.ee/db/9781770863057.html
Fifteen-year-old Kate, whose brother works with the British Secret Service, is sent to Canton, China, to deliver an important package to a doctor, but when the doctor gets sick, it is up to Kate to fulfill his mission.

A Victorian teen thinks she's headed for a life of romance, but becomes an accidental spy working for the British secret service on a mission to crush an opium ring in China.

Fifteen-year-old Kate's dreams of a life of adventure have, so far, only led her as far as her brother Jack's workshop, where she tests his inventions-motors, gadgets, even weapons. But when Jack engineers a trip for Kate to China -telling her she is going to meet a prospective suitor-she discovers that Jack is not just a hobbyist; his creations are used by the British Secret Service, and now Jack expects Kate to deliver an important item to the brilliant teenage doctor, Henry Tattersall.

Kate's seemingly simple trip turns into adventure when Tattersall falls ill, and Kate ends up facing off against opium traders in Canton. But now that her dreams are being fulfilled, does Kate have the courage to see her unexpected mission through to the end?