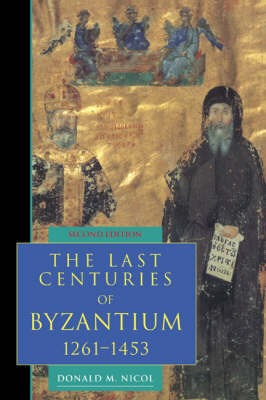 The Byzantine empire in the last two centuries of its existence had to rebuild itself after its conquest and dismemberment by the Fourth Crusade in 1204. Its emperors in exile recovered Constantinople in 1261 and this book narrates their empire's struggles for survival from that date until its final conquest by Ottoman Turks in 1453. First published in 1972, the book has been completely revised to take account of recent scholarship. It remains the best synthesis of the political, ecclesiastical and historical events of the period.
Näita rohkemNäita vähem

A documented narrative history of the Byzantine Empire from 1261 until its fall in 1453.
Näita rohkemNäita vähem