Living With the Other: The Ethic of Inner Retreat 1st ed. 2018 [Kõva köide] 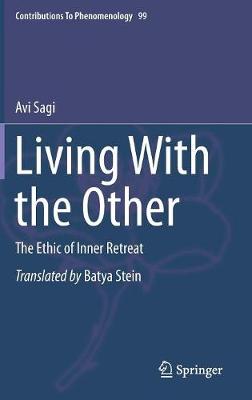 The book grapples with one of the most difficult questions confronting the contemporary world: the problem of the other, which includes ethical, political, and metaphysical aspects. A widespread approach in the history of the discourse on the other, systematically formulated by Emmanuel Levinas and his followers, has invested this term with an almost mythical quality—the other is everybody else but never a specific person, an abstraction of historical human existence. This book offers an alternative view, turning the other into a real being, through a carefully described process involving two dimensions referred to as the ethic of loyalty to the visible and the ethic of inner retreat. Tracing the course of this process in life and in literature, the book presents a broad and  lucid picture intriguing to philosophers and also accessible to readers concerned with questions touching on the meaning of life, ethics, and politics, and particularly relevant to the burning issues surrounding attitudes to immigrants as others and to the relationship with God, the ultimate other.

Näita rohkemNäita vähem
Avi Sagi is Professor of Philosophy at Bar-Ilan University, Ramat-Gan, Israel, where he established the Interdisciplinary Graduate Program in Hermeneutics and Cultural Studies, and Faculty Member at the Shalom Hartman Institute in Jerusalem, Israel. He has published extensively in such wide-ranging fields as philosophy, especially existentialism and phenomenology, literary criticism, cultural studies, the philosophy of Jewish Law, multiculturalism, pluralism, and theories of identity, shedding light on and incisively grappling with many complex aspects. Among his books-Albert Camus and the Philosophy of the Absurd; Kierkegaard, Religion, and Existence: The Voyage of the Self; Religion and Morality (with Daniel Statman); The Open Canon: On the Meaning of Halakhic Discourse; To Be a Jew: Joseph Chayim Brenner as a Jewish Existentialist; Jewish Religion after Theology; Prayer after the Death of God and Reflections on Identity: The Jewish Case. His contribution to contemporary philosophy has recently been showcased in Avi Sagi: Existentialism, Pluralism, and Identity, ed. Hava Tirosh Samuelson and Aaron W. Hughes (Leiden: Brill, 2015).
Näita rohkemNäita vähem