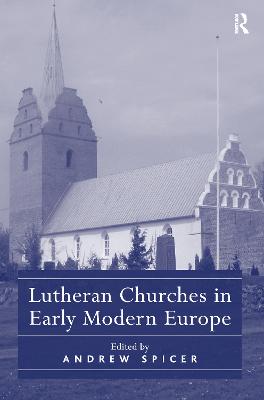 Suurem pilt
Teised raamatud teemal:
Raamatu kodulehekülg: http://www.routledge.com
Püsilink: https://www.kriso.ee/db/9780754665830.html
Märksõnad:
Until recently the impact of the Lutheran Reformation has been largely regarded in political and socio-economic terms, yet for most people it was not the abstract theological debates that had the greatest impact upon their lives, but what they saw in their parish churches every Sunday. This collection of essays provides a coherent and interdisciplinary investigation of the impact that the Lutheran Reformation had on the appearance, architecture and arrangement of early modern churches. Drawing upon recent research being undertaken by leading art historians and historians on Lutheran places of worship, the volume emphasises often surprising levels of continuity, reflecting the survival of Catholic fixtures, fittings and altarpieces, and exploring how these could be remodelled in order to conform with the tenets of Lutheran belief. The volume not only addresses Lutheran art but also the way in which the architecture of their churches reflected the importance of preaching and the administration of the sacraments. Furthermore the collection is committed to extending these discussions beyond a purely German context, and to look at churches not only within the Holy Roman Empire, but also in Scandinavia, the Baltic States as well as towns dominated by Saxon communities in areas such as in Hungary and Transylvania. By focusing on ecclesiastical 'material culture' the collection helps to place the art and architecture of Lutheran places of worship into the historical, political and theological context of early modern Europe.
Näita rohkemNäita vähem

'Although thematically focused, the volume's geographic breadth is expansive, covering Germany, Transylvania, Denmark, Norway, Sweden, Estonia, Poland, the Dutch Republic, and its overseas settlements in Batavia and Cape Town. The essays offer a capacious understanding of spatiality through their interdisciplinary explorations of material culture, theology, politics, and social context.' Renaissance Quarterly 'This collection of essays ... moves past a discussion of Lutheran images to address Lutheran material culture as a whole, from liturgical vestments to organ decoration. Departing from a Germanic-centred perspective, the European scope of the work allows for comparisons between those regions where Lutheranism was firmly adopted, in Germany and Denmark for example, and those countries where Lutherans were in a minority, such as Holland.' European History Quarterly 'The case studies brought together in this volume reveal a variety of circumstances faced by Lutheran worshipers across early modern Europe. The emphasis on diverse and distinctive characteristics and traditions in material culture within this wide geographical scope renders possible a comprehensive understanding of Lutheran Churches' layouts in the wake of the Reformation.' Sixteenth Century Journal