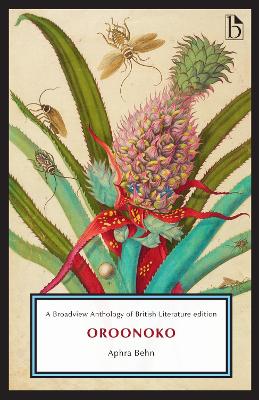 This edition of Aphra Behn’s most famous work places it in its transatlantic historical context.

The best-known work by Aphra Behn, widely considered the first professional woman writer in England, Oroonoko is an important contribution to the development of the novel in English. Though it predates the British abolition movement by more than a century, it is also an early depiction of the dehumanizing racial violence of slavery: Oroonoko tells of a noble African prince enslaved and taken to Surinam, where he leads a violent revolt of the enslaved. This edition is accompanied by an informative introduction and contextual materials situating Oroonoko in the context of seventeenth-century slavery and the colonization of Surinam. Contextual materials also address the early reception of Oroonoko, including Thomas Southerne’s popular stage adaptation of the narrative.

"Tiffany Potter's edition of Oroonoko makes this important text accessible to a wide range of readers. The introduction offers a concise biography of Behn as well as an insightful discussion of Oroonoko's genres and reception. The text itself is helpfully annotated, and the supplemental materials provide essential contexts related to European understandings of Surinam and the slave trade. Potter's edition will doubtlessly become the standard text for generations of students." -- Christopher D. Johnson, Francis Marion University "Potter's edition marshals vital contemporary documents to illuminate the emerging contexts of global trade, enslavement, and colonial racism within which Behn carves her tale. The introduction, as well as gathering the scant information we have about Behn herself, emphasizes the emergence of racialized discourses that were mobilized to justify slavery and the colonial appropriation of distant lands. Potter's footnotes offer a commentary perfectly pitched to make the strange elements of Oronooko clear to new readers." -- Kerry Sinanan, The University of Texas at San Antonio

Näita rohkemNäita vähem
APPENDICES The Dedication of Oroonoko to Lord Maitland (1688) The Invitation to Surinam: Lord Willoughby's Prospectus from Francis Willoughby, 5th Baron Willoughby of Parham, Certain Overtures made by the Lord Willoughby of Parham unto all such as shall incline to print in the colony of Surinam on the continent of Guiana (c. 1655) On Surinam in the Seventeenth Century from George Warren, An Impartial Description of Surinam (1667) The Restoration English Monarchy and the Slave Trade from The Letter of His Royal Highness the Duke of York 'To the Right Honourable Francis Lord Willoughby of Parham, Lieutenant General and Chief Governor in and over all His Majesty's Island, Colonies, and Plantations, commonly called, The Charibee Islands in America, 10 January 1662 from letter To all His Majesty's Native Subjects in General: The Public Declaration and Invitation of the Company of Royal Adventurers of England Trading into Africa, 12 January 1662 Europeans on Slavery, Gold Coast to Guiana from William Snelgrave, A New Account of Guinea, and the Slave Trade (1734) from Charles de Rochefort, The History of the Carriby-Islands (1658, translated 1666) from Richard Ligon, A True and Exact History of the Island of Barbados (1657) from Thomas Tryon, Friendly Advice to Gentlemen Planters (1684) from Jean-Baptiste du Tertre, Histoire Generale des Antilles Habitees par les Francois (1667-71) Black Voices on Slavery in the Eighteenth Century from Quobna Ottobah Cugoano, Thoughts and Sentiments on the Evil and Wicked Traffic of the Slavery and Commerce of the Human Species (1787) Historical Reception of Behn's Oroonoko Thomas Southerne, dedication to Oroonoko (1696) from anonymous, The History of the Life and Memoirs of Mrs. Behn (1696) from The General Dictionary, Historical and Critical (1735)
Tiffany Potter is Professor of Teaching and Associate Head of Curriculum and Planning at the University of British Columbia.
Näita rohkemNäita vähem