Photography and Its Shadow [Pehme köide] 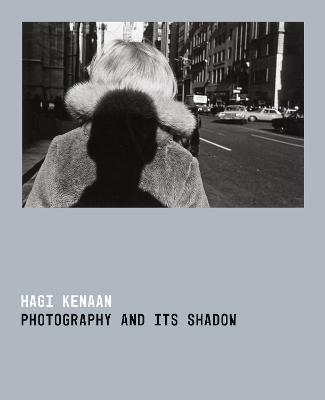 Photography and Its Shadow argues that the invention of photography marked a rupture in our relation to the world and what we see in it. The dominant theoretical and artistic paradigm for understanding the invention has been the tracing of shadows. But what photography really inaugurated was the shadow's disappearance—a disappearance that irreversibly changed our relationship to nature and the real, to time and to death.

A way of negotiating impermanence, photography was marked from the start by an inherent contradiction. It conflated two incompatible configurations of the visible: an embodied human eye, deeply sensitive to nature, and a machine vision that aimed to reify the instant and wallow in images alone. Photography's history is replete with efforts to conceal the mystery of its paradoxical constitution. Born in the century of Nietzsche's "death of God," it long enacted the fraught subjectivity of its age. Anxious, haunted by a void, it used an array of strategies to take on ever-new identities. Challenging the hitherto most influential accounts of the practice and taking us from its origins to the present, Hagi Kenaan shows us how photography has been transformed over time, and how it transforms us.

Challenging the hitherto most influential accounts of the medium, this book argues that photography has never been a single, selfsame thing and that its invention irreversibly transformed our perception of the world along with our relationship to time and to death.
Näita rohkemNäita vähem

"Hagi Kenaan theorizes photography as powerfully as Susan Sontag and Roland Barthes did, and in a completely new way. This book is erudite but accessible, dense but patient. It meditates on a foregone world, a loss of the visible, a loss of God, and photography's fundamental role in these developments. Yet the author is hopeful as well as elegiac: Nothing is set in stone, not even the shadows." -- Alexander Nemerov * Stanford University * "Writing movingly and poetically, Hagi Kenaan offers a fresh way of understanding the medium of photography, one that escapes the coils of nostalgia and mourning that have enveloped its study since the writing of the late Roland Barthes." -- Keith Moxey * Columbia University *

Näita rohkemNäita vähem
Contents and AbstractsIntroduction chapter abstractThe Introduction lays the groundwork for the study. It explains the analogies between the moment of photography's inception in the nineteenth century and the present moment in which photography's ubiquitous digital existence paradoxically conveys the sense that the photographic image is a matter of the past. The Introduction explains what a historico-ontological approach to photography means and why its objective is an understanding of photography as an existential condition. I: Photography's Nature: The Picture chapter abstractThis part deals with photography's relation to nature. It shows that the idea of a kinship with nature was part of the self-image that photography fostered in its early years, taking itself to fulfil nature's expressive essence. Analyzing photography's self-image, the study is interested in the identity that the image allowed photography to foster but also in the dimensions of its being that this self-image allowed photography to hide. In particular, the study explains how this image allowed photography to see itself developing continuously out of nature, and, consequently, to affirm its "natural" rootedness in the visible. Moreover, through this picture, photography could codify the essence of its visuality: It could articulate what it means for the visible to turn into a picture and what was unique in the way it visualized the visible. Underlining photography's technological dimensions, this part challenges photography's picture of origin. II: The Butades Complex chapter abstractWhile it was clearly important for the first photographers to distinguish their modern depiction technology from the traditional practice of drawing, Part II shows that their understanding of the new image continued to depend, as the invention's name tells us, on the very paradigm it opposed. In its attempt to detach itself from drawing, the photographic still relied on the idea of drawing to define itself. And yet, what early photography ultimately borrowed from drawing was something quite different from a technical vision of image-making. At the end of the eighteenth century and the beginning of the nineteenth, the image of drawing's origin came to function as a central trope within a much wider worldview that embraced the traditional visual arts as central to the cultivation of human nature and that was specifically nuanced about the setting, the Bildung necessary for becoming an artist or a creative self. III: Photography and the Death of God chapter abstractPart III is divided into two. First, I do a close reading of W. H. F. Talbot, which offers a new interpretation of his writings on the invention as a philosophical treatise on the ontology of shadows. Talbot, I argue, develops a novel theory of the image that he ultimately abandons because he is unable to negotiate, on the existential level, the problem of temporality. Talbot's invention is read as a manifestation of his inability to accept transience and to say goodbye to the moment of appearance. This failure leads to a philosophical event that happens in these same years: the emergence of Nietzsche's perspectivism and his conception of the death of God. Talbot's shadows are thus tied to Nietzsche's analysis of European culture finding itself under the shadow of a dead god. IV: Photography's Goodbyes chapter abstractPart IV explains what I understand as the fundamental myth of photography: the Butades picture. According to this picture, a photograph is a faithful mode of memorialization, one that succeeds in holding onto the visible presence of a bygone moment, despite the passing of time. This ability stems from the participation of the photographic act in the now that it represents. The photograph is born out of an encounter that shares with what it depicts-an event, a person, a place-not only the same temporal and spatial horizons but also, according to the Butades formulation, a mutual involvement, a being-together in the present. This last part returns to the Butades picture in light of contemporary photography and calls for a rethinking of the meaning of photography's goodbyes in the historic present.
Hagi Kenaan is Professor of Philosophy at Tel Aviv University. He is the author of The Present Personal (2005) and The Ethics of Visuality (2013).
Näita rohkemNäita vähem