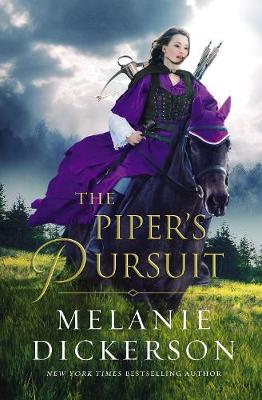 In 1424 Hamlin, Katerina reluctantly allies with the handsome but brash Steffan to protect herself and her city from formidable dangers--missing children, hordes of rats, a marauding beast, and her devious stepfather, the town's mayor.

A fresh reimagining of the classic “Pied Piper” tale finds the stepdaughter of a corrupt Hamlin mayor investigating rumors of a wolf-like beast to explain the disappearances of children throughout the community. By the award-winning author of The Healer’s Apprentice. Simultaneous eBook.

A fairy-tale journey of intrigue and romance that reimagines the classic Pied Piper story.

A plague of rats. A giant beast outside the village walls. A host of missing children. And one young woman determined to save her people.

In 1424 Hamlin, Katerina faces threats from all sides. An outbreak of rats has overtaken the village, a mysterious beast is on a killing rampage of the village&;s children, and Katerina&;s evil stepfather is a dark presence inside the walls of her own home. Katerina is determined to hunt and kill the Beast of Hamlin herself before more lives are lost.

When Steffan, the handsome but brash duke&;s son, comes to town seeking glory and reward, Katerina decides he might be the ally she&;s been looking for&;even though the only gentle thing about him seems to be the sweet music he plays on his pipe. But there&;s more to Steffan than she suspects, and she finds herself drawn to him despite her misgivings.

Together Katerina and Steffan must stop the enemy from stealing the children of Hamlin. But their interference might create an even worse fate for the entire village.

Praise for The Piper&;s Pursuit

&;The Piper&;s Pursuit is a lovely tale of adventure, romance, and redemption. Kat and Steffan&;s righteous quest will have you rooting them on until the very satisfying end!&; &;LORIE LANGDON, author of Olivia Twist and the DOON series

Näita rohkemNäita vähem
Melanie Dickerson is a New York Times bestselling author and a Christy Award winner. Her first book, The Healer's Apprentice, won the National Readers' Choice Award for Best First Book in 2010, and The Merchant's Daughter won the 2012 Carol Award. Melanie spends her time daydreaming, researching the most fascinating historical time periods, and writing stories at her home near Huntsville, Alabama, where she gathers dandelion greens for her two adorable guinea pigs between writing and editing her happily ever afters. Visit her online at MelanieDickerson.com; Facebook: MelanieDickersonBooks; Twitter: @MelanieAuthor.
Näita rohkemNäita vähem