Shadow in the East: Vladimir Putin and the New Baltic Front [Kõva köide] 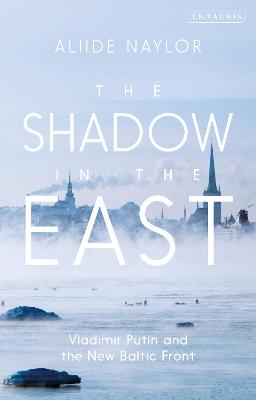 Suurem pilt
Teised raamatud teemal:
Püsilink: https://www.kriso.ee/db/9781788312523.html
Märksõnad:
The Baltics are about to be thrust onto the world stage. With a 'belligerent' Vladimir Putin to their east (and 'expansionist' NATO to their west), Estonia, Latvia and Lithuania are increasingly the subject of unsettling headlines in both Western and Russian media. But how real are these fears, subject as they are to media embellishment, qualification and denial by both Russia and the West? What do they mean for those living in the Baltics - and for the world? Based on her extensive research and work as a journalist, Aliide Naylor takes us inside the geopoltitics of the region. Travelling to the heart of Estonia, Latvia and Lithuania she explores modernity in the region that birthed Skype, investigates smuggling and reports of troop movements in the borderlands, and explains the countries' unique cultural identities. Naylor tells us why the Baltics matter, arguing persuasively that this region is about to become the new frontline in the political struggle between East and West.
Näita rohkemNäita vähem

An insightful, nuanced account that highlights the present multitude of currents at play in Europe, while showing how Russia has used the near-abroad as a laboratory for methods later deployed elsewhere. A mix of travelogue, social and political analysis, Naylor tells the stories and dynamics of the region from the inside, which is really the only way to understand them. * Peter Pomerantsev, author of This is not Propaganda and Nothing is True and Everything is Possible * Over the last six years, as Russia showed the world that it could, at will, seize territory on its Western border, the Baltic states were thrust into limbo, perpetually braced to become the next Ukraine. Aliide Naylor offers us a much-needed look at the netherworld that is the Baltics, an in-between space where anti-Putin intellectuals and shadowy money have sought shelter. Naylor, whose own relatives escaped West from Estonia, is an engaging companion, guiding us through pagan rites, cigarette smugglers' routes, and the lingering secrets of the Nazi occupation. Naylor takes us inside a swath of Europe in a state of suspended animation, forced to serve as a testing ground for a war that may never come. * Ellen Barry, Chief International Correspondent at The New York Times *

The first account of the new cold war on Russia's western border
Aliide Naylor is a freelance journalist focusing on Russia and eastern Europe. Her writing has appeared in the Guardian, New Statesman, POLITICO Europe, frieze, openDemocracy, New Eastern Europe and Vocativ, among others. Naylor has travelled to all corners of the Baltic states and has also lived in both St. Petersburg and Moscow, where she served as Arts Editor at The Moscow Times.
Näita rohkemNäita vähem
Logi sisse Registreeri