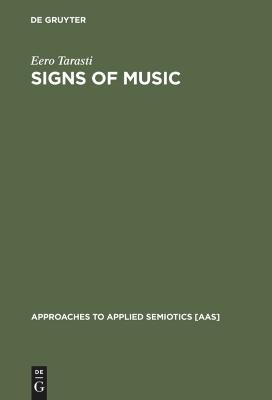 Semiotics has had a profound impact on our comprehension of a wide range of phenomena, from how animals signify and communicate, to how people read TV commercials. This series features books on semiotic theory and applications of that theory to understanding media, language, and related subjects. The series publishes scholarly monographs of wide appeal to students and interested non-specialists as well as scholars.

AAS is a peer-reviewed series of international scope.

Music is said to be the most autonomous and least representative of all the arts. However, it reflects in many ways the realities around it and influences its social and cultural environments. Music is as much biology, gender, gesture - something intertextual, even transcendental. Musical signs can be studied throughout their history as well as musical semiotics with its own background. Composers from Chopin to Sibelius and authors from Nietzsche to Greimas and Barthes illustrate the avenues of this new discipline within semiotics and musicology.