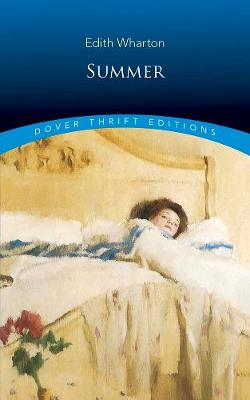 Suurem pilt
Teised raamatud teemal:
Püsilink: https://www.kriso.ee/db/9780486841984.html
Märksõnad:
A naive girl from a humble background meets an ambitious city boy, and a torrid romance ensues. Despite her pride, independence, and honesty, Charity Royall feels shadowed by her past &; especially in her ardent relationship with the educated and refined Lucius Harney. Can passion overcome the effects of heredity and environment?
With its frank treatment of a woman's sexual awakening, Summer created a sensation upon its initial publication; in recent years, The New Republic declared it &#34;the 50 Shades of Gray of 1916.&#34; Edith Wharton, a peerless observer and chronicler of society, completely shattered the standards of conventional love stories with this novel's candor and realism. The Pulitzer Prize&;winning author declared Summer a personal favorite among her works and liked to refer to it as &#34;the Hot Ethan,&#34; a sultry companion to the chilly landscapes of her ever-popular Ethan Frome. Nearly a century later, Summer remains fresh and relevant.