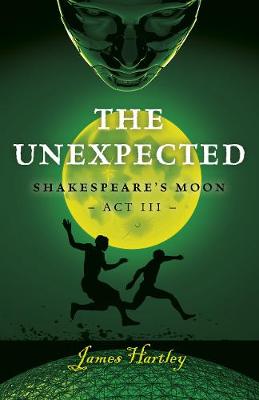 Cyborgs, humans and Modified teachers battle it out for control of St Francis' School as the plot of Shakespeare's Julius Caesar plays itself out in a battle worthy of the great general himself. In this third instalment of the Shakespeare's Moon Series, James Hartley continues his innovative modernisation of the Bard's enduring tales.

The plot of Julius Caesar is played out between the pupils of St Francis' School and their Cyborg teachers, in the third instalment of the Shakespeare's Moon Series.
Näita rohkemNäita vähem
James was born in Heswall, on the Wirral, England, in 1973. He's lived in Singapore, Oman, Scotland, Thailand, Libya, Syria, Ireland, France and Germany during his forty-odd years on the planet and has worked as a journalist, waiter, childminder and dishwasher. He lives in Madrid, Spain, with his wife and two children and teaches English.
Näita rohkemNäita vähem