To War with Wellington: From the Peninsula to Waterloo [Kõva köide] 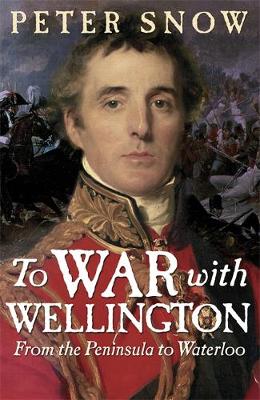 Suurem pilt
Teised raamatud teemal:
Püsilink: https://www.kriso.ee/db/9781848541030.html
The story of the men who fought their way across Europe to topple Napoleon told by those who were there. What made Arthur Duke of Wellington the military genius who was never defeated in battle? In the vivid narrative style that is his trademark, Peter Snow recalls how Wellington evolved from a backward, sensitive schoolboy into the aloof but brilliant commander. He tracks the development of Wellington's leadership and his relationship with the extraordinary band of men he led from Portugal in 1808 to their final destruction of Napoleon at the Battle of Waterloo seven years. Having described his soldiers as the 'scum of the earth' Wellington transformed them into the finest fighting force of their time. Digging deep into the rich treasure house of diaries and journals that make this war the first in history to be so well recorded, Snow examines how Wellington won the devotion of generals such as the irascible Thomas Picton and the starry but reckless 'Black Bob' Crauford and soldiers like Rifleman Benjamin Harris and Irishman Ned Costello. Through many first-hand accounts, Snow brings to life the horrors and all of the humanity of life in and out of battle, as well as shows the way that Wellington mastered the battlefield to outsmart the French and change the future of Europe. To War with Wellington is the gripping account of a remarkable leader and his men.
Näita rohkemNäita vähem

A superb account of what it must have been like serving under Britain's greatest - but also most exacting - soldier Andrew Roberts, Sunday Telegraph, Books of the Year Fascinating. History written as it should be: entertaining and informative Independent on Sunday A refreshingly accessible portrait of one of Britain's greatest generals, it will take some beating Yorkshire Evening Post Dramatic, often moving, sometimes shocking ... Snow's story is far more powerful than fiction Herald The bloodcurdling (and surprisingly steamy) soldiers' diaries that reveal how Britain trounced Napoleon in battle Daily Mail Snow's descriptions of battles ... are unrivalled Oxford Times A must-read Heritage Today

The story of one of the world's greatest soldiers - and the men who fought with him
Peter Snow is a highly respected journalist, author and broadcaster. An indispensable part of election nights, he has also covered military matters on and off the world's battlefields for 40 years and at the Royal Television Society Awards in 1998 Peter won the Judges' Award for services to broadcasting. In 2004, Peter and his son Dan presented the BAFTA-winning Battlefield Britain for BBC2 and worked on the follow-up series, Twentieth Century Battlefields. Together they wrote two books to accompany the series.
Näita rohkemNäita vähem